What can add to the cost of installing a split system?

There are many situations that require the outdoor unit of a split system to be moved to a location that will add extra costs to the installation as a whole. In this example the indoor unit was located in the middle of an open plan lounge room in a brand new home in Melbourne’s south east. The home had just been completed and the owners had moved in but the outside areas around the house where yet to be finished. Obviously, getting heating into a home is a priority for anyone, but this couple were extra keen as they were expecting a new born in a matter of weeks.

The cheapest option would have been to place the outdoor unit on the ground to the right of the window which would have made the installation a simple back to back install. But, the client is going to add a timber decking down the side of the house at a later date for a nice outdoor entertaining area. They elected to spend a bit more on the install so that the air conditioner was not going to be an issue for them down the track. The outdoor unit was moved approximately  3 meters across the wall to the other side of the window which is closer to the laundry door than the sliding doors from the lounge area.

This means the unit would not get in the way of any outdoor furniture later on. The unit was also mounted on a wall bracket off the ground allowing plenty of room for the decking to be built underneath it. It would be fair to say that putting a little bit of forethought into the install has saved a potential problem and even more costs down the track to move the unit. The cost to run the extra pipe, duct and electrical was charged at $45 per meter. Not a lot of money in the scheme of things when you factor in having to decommission the unit and extend the pipes at a later date. That could add somewhere around $600 – $800. 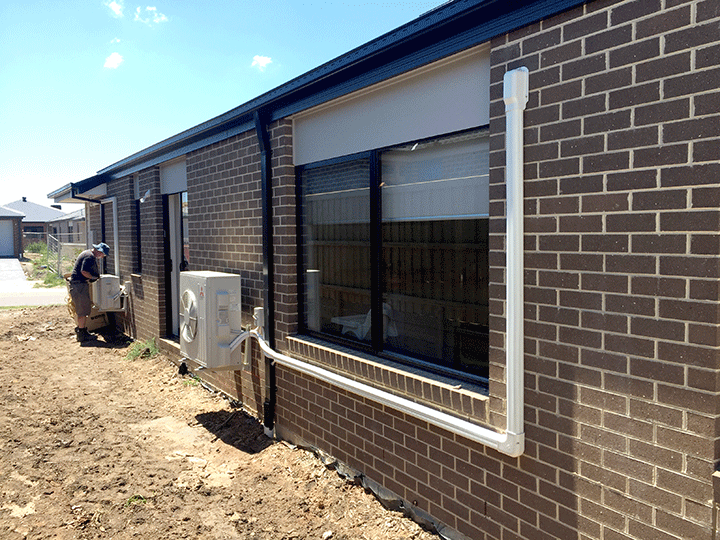 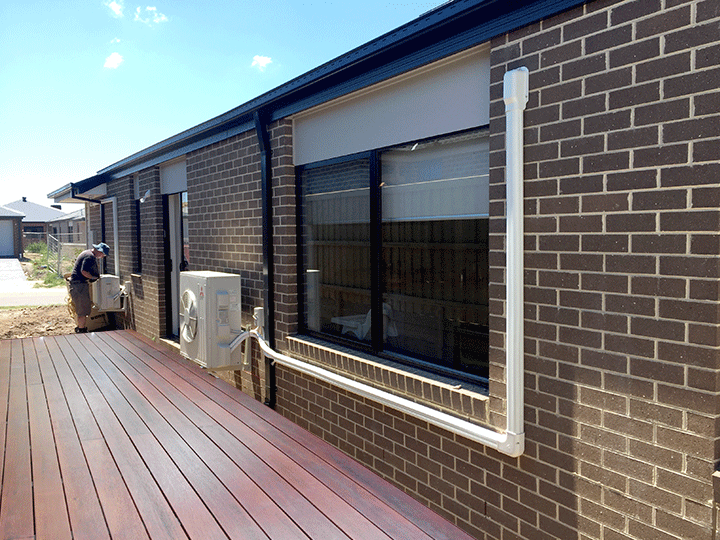