It is not that common but we do get people from time to time wanting to replace an old box style air conditioner with a new inverter split system. It’s always a good idea as the older units are not very efficient and are much noisier than the inverter air conditioners on the market today. Generally, we don’t need the old unit to be taken out first. The older units are usually at least 450mm down from the roof giving ample space to fit a new unit above it.

This makes having the new split system much less of a headache than waiting to get the old one out first. The problem is that you need to not only re-plaster the inside wall so you don’t have a big gaping hole in your wall but you also need to have the outer wall covered back up too. In this case it was a brick veneer. Getting both of those replaced at the same time can get frustrating because a lot of trades men don’t like to do those small jobs. You can hire a local handy man which is usually the best way to get it done.

Fortunately for us, we did not have to wait for that to happen before our installation. We offered to take out the old unit for the client but he decided he would do it him self over the weekend. He as able to unplug this particular model as it had a 15amp plug on it and was not hard wired. We were able to reroute the existing electrical supply to facilitate the new air conditioner.

The new split system was moved a little to left to allow a better air flow to the room directly across from it. It was mounted at the lowest possible point to allow for the plaster to be fixed at a later date 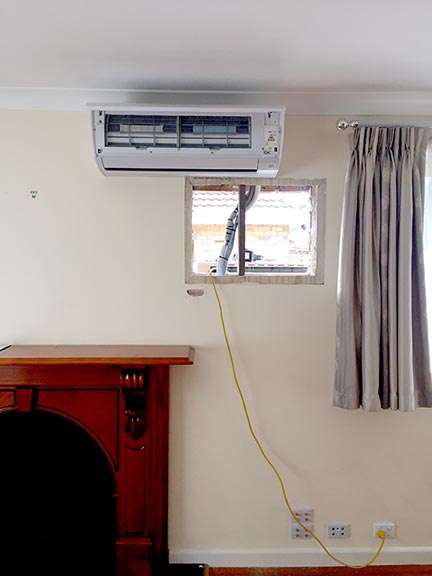 Because of the large hole in the wall we were able to run the pipes and drain inside the cavity. 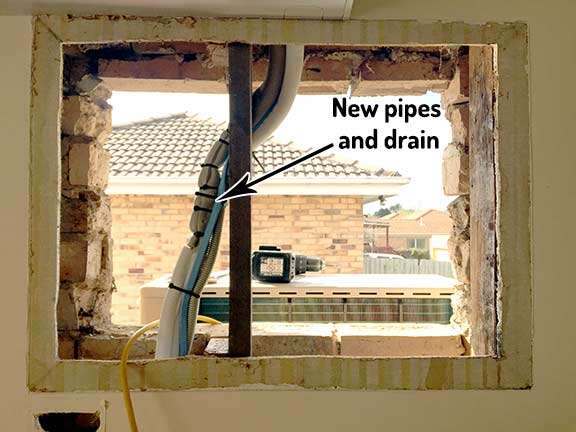 Having access to the cavity allowed us to bring the pipes out right next to the outdoor unit eliminating any external duct work. Much neater! 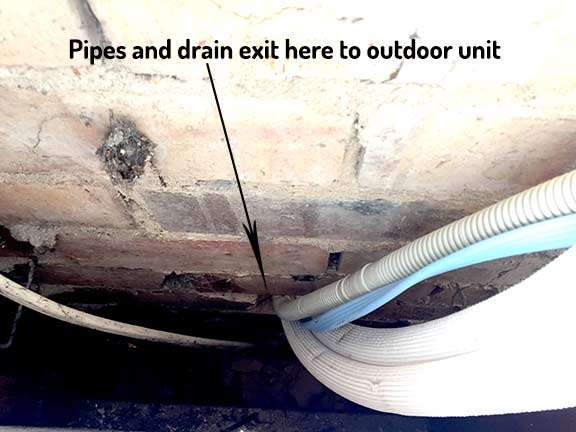 The outdoor unit was mounted on a wall bracket 7 feet off the ground because it was in a driveway. This keeps it away from any potential car hazards in the future. The bracket was mounted on the wall five bricks down to make sure it was still solid due to the missing bricks above it. It also will make it easier for the brick layer to access the hole at a later date to patch it up . 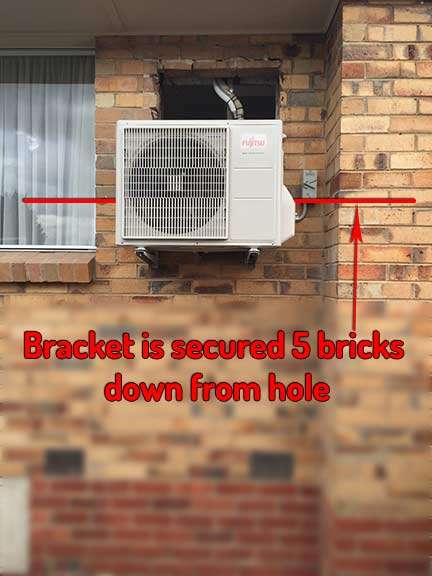 You can get more info on replacing air conditioners here